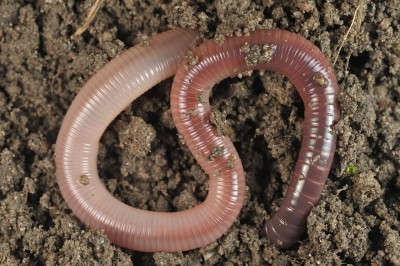 Vermicompost (worm compost) is an interesting project, and if things go as planned, the finished product is a nutrient-rich, all-natural fertilizer that will do wonders for your vegetable garden, flowers or houseplants. Worm composting isn't difficult, but preventing worms from escaping from the bins often presents a challenge to people who are new to worm-farming. If only a few worms are trying to escape, it really isn't a big deal, especially if your bin is brand new. However, if you're seeing a worm bin escape of exodus proportions, it's important to get a handle on the situation in a hurry.

If your worms are trying to escape, the first order of business is to check for certain environmental problems that are common problems in worm bins.

It's possible that the worms aren't comfortable in their new digs. For example, it may seem like a good idea to shred computer paper and recycle it in the bin, but white paper is bleached and may be scratchy enough to cause the worms to flee. Shredded newspaper or other unbleached paper may help prevent worms escaping compost. If you have already filled your bin with white paper, take out a few handfuls and replace it with shredded newspaper.

Worms may also try to escape a soggy environment. The bedding should be evenly moist, but it shouldn't drip when you squeeze a handful. If the paper is compacted, worms may suffocate. If wet bedding is the problem, remove part of the bedding and replace it with fresh bedding to soak up excess liquid. If the bin is flooded, pour out the water in the bottom or just start over with new, moist bedding.

If you're over-feeding the worms or if you're giving them a lot of lettuce, tomatoes or other watery vegetables, you may want to cut back on their diet until the bedding dries out.

Worms also like consistency. If you make a drastic change in their bedding or their diet, they may attempt to vacate the premises. Of course, worms may run away from home if you forget to feed them.

How to Escape Proof a Worm Bin

A new batch of worms may be more likely to wander until they become acclimated to their new home. Worms are a little like Dracula — they fear the light. Keeping a light on around the clock for the first couple of days will encourage the worms to burrow into the bedding.

If worms are escaping from drainage holes in the bin, covering the holes with nylon stockings will block escape passages while allowing air to circulate.

Keep your bin in a relatively peaceful location. For example, don't place it where the worms feel the vibration from vehicles or heavy equipment, and don't open the bin every hour to check their progress.

Kitchen Vermiculture: Learn About Under Sink Composting With Worms

Kitchen Vermiculture: Learn About Under Sink Composting With Worms