The Ficus Alii Tree, or Amstel King Tree as it is sometimes called, is a large houseplant that originally came from Asia, Malaysia, and India. The Ficus Alii tree was first grown commercially in Hawaii where it got the Hawaiian name Alii which means “king.” Although a Ficus Alii Tree is closely related to the Ficus Benjamina Tree, the Alii variety is much more tolerant and forgiving. A Ficus Alii Tree rarely sheds leaves, tolerates lower light, and allows you to move it around without going into shock. A Ficus Alii Tree does grows about 25% slower than a Ficus Benjanina.

The leaves of  a Ficus Alii plant are quite different than those of the usual Ficus trees we are familiar with. Ficus Alii plant leaves are medium green, long (3″-10”), narrow, willow-like, and thick. The newer King Alii Ficus plants have wider leaves than the original Ficus Alii trees. New growth on a Ficus Alii Tree is a pretty reddish bronze color until the leaves mature to a natural green color. If you want a Ficus Tree in your home or office, a Ficus Alii is a great alternative to the finicky Ficus Benjamina.

These plants are considered poisonous and should be kept away from pets and children. Read more about common houseplants that are poisonous in Don’t Feed Me To Your Cat! A Guide to Poisonous Houseplants 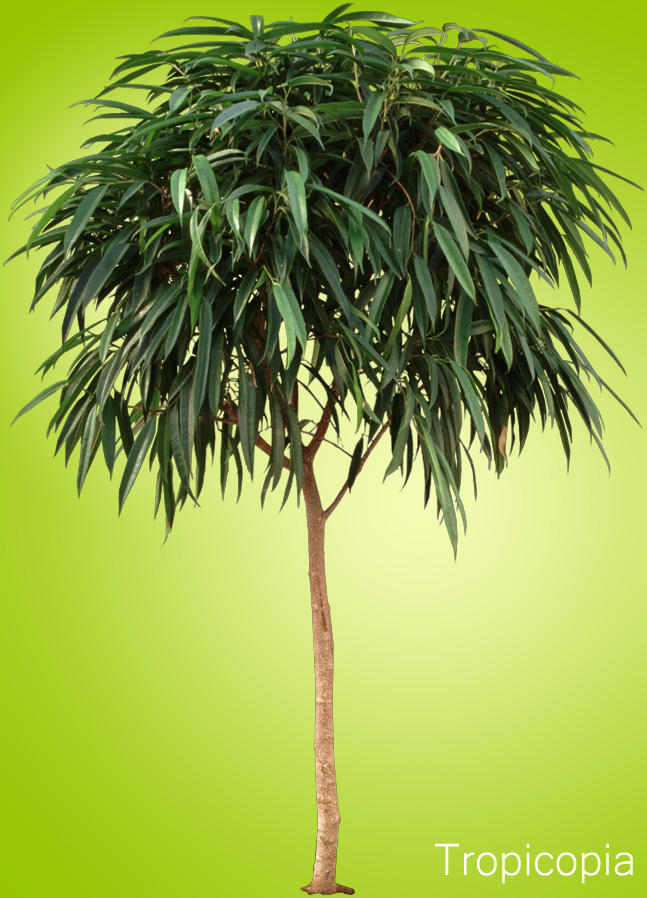