Shamrock Plants, or Oxalis, appear in flower shops around St. Patrick’s Day. These plants have the nickname Shamrock Plant because of their soft, thin, triangular leaves that are divided into three leaflets just like a lucky clover plant. There are several stories associated with the Shamrock Plant. One of the most popular stories is that St. Patrick, the saint who brought Christianity to Ireland, picked a shamrock plant from the grass to explain the Holy Trinity to his congregation; the three leaves, he said, represented the father, the son, and the Holy Spirit. St. Patrick's Day is celebrated on the anniversary of his death. The Shamrock Plant is also credited with the arrival of spring and as a symbol for the "season of rebirth."Oxalis regnelli, the green leafed version of the Shamrock Plant, has small delicate white flowers while Oxalis triangularis, or False Shamrock Plant, has dark purple leaves and pinkish lavender flowers. Shamrock Plants are bulb plants and die back after they bloom. Don’t throw them out, they just need a little rest before starting to grow again. 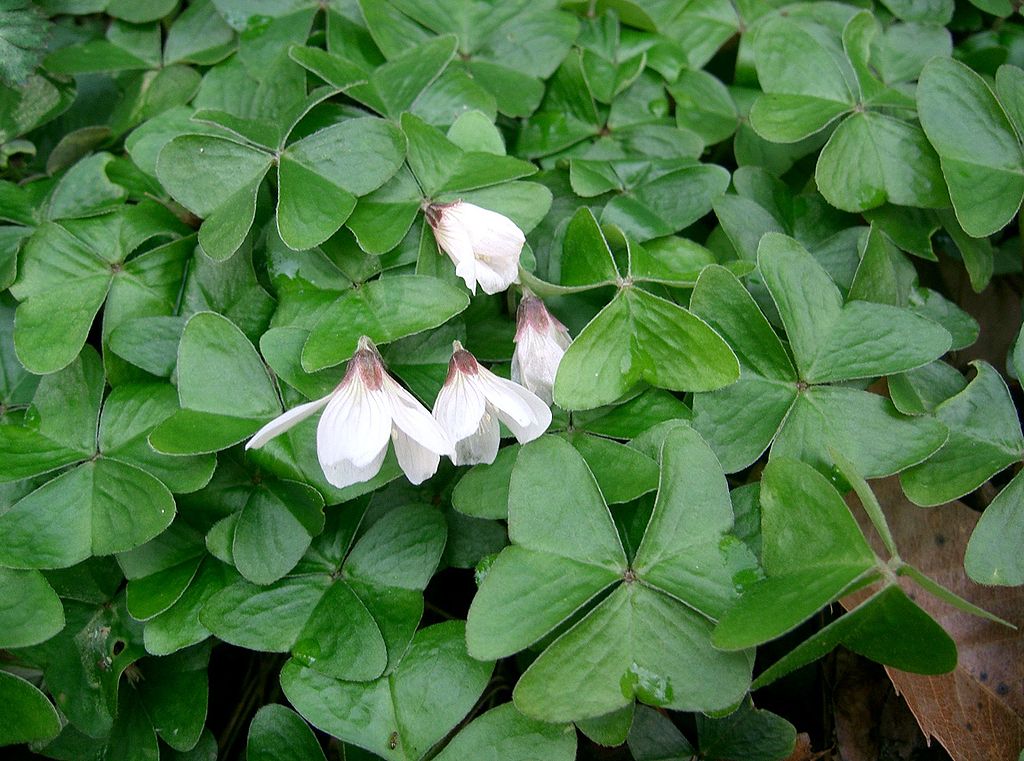