Botanic Garden > Houseplants > Plant Disease > Moles: How to Identify and Get Rid of Moles in the Garden or Yard 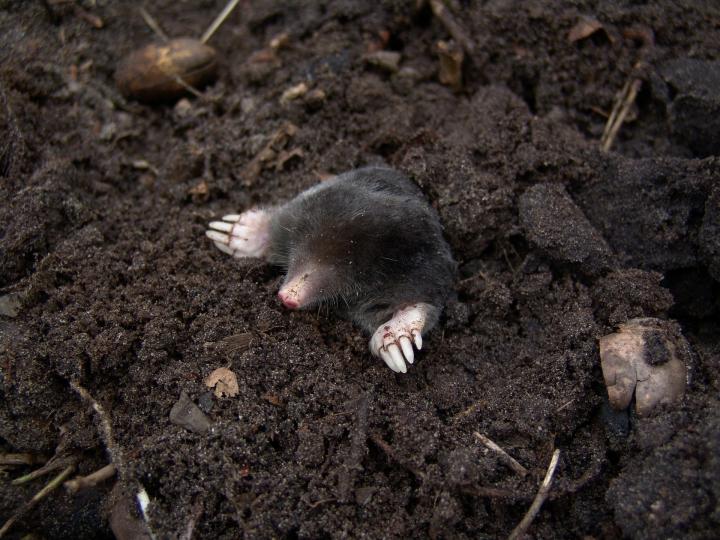 Here are tips on how to identify and get rid of moles in the garden or yard.

Moles are ground–dwelling carnivores that prefer to eat insects instead of your garden plants. However, their underground tunnels can ruin your garden and lawn and make an easy access to your plants for other rodents.

If you have a significant invasion of moles or similar pests, it may be a sign of trouble. Moles are usually found where soil is rich in organic matter. Their presence in unusually large numbers might be due to a high population of soil pests. It therefore serves as a warning that all is not well with the soil life.

How to Identify Moles in your Garden

Moles are surprising little mammals with pointed muzzles, tiny eyes, and bodies shaped like Idaho potatoes. In motion they actually swim along underground, using wide front flippers to part the soil as they go. They prefer moist, loamy soil and are most active in the early morning or evening in the spring or fall; they also come out after a warm rain.

Moles have the distinguishing characteristic of a hairless, pointed snout. Their small eyes and ear canals are concealed by fur, and they do not have external ears. They have very large and broad forefeet with webbed toes. Their hind feet or more narrow and have slender claws. They are usually about 7 inches in length and weigh about 4 pounds. 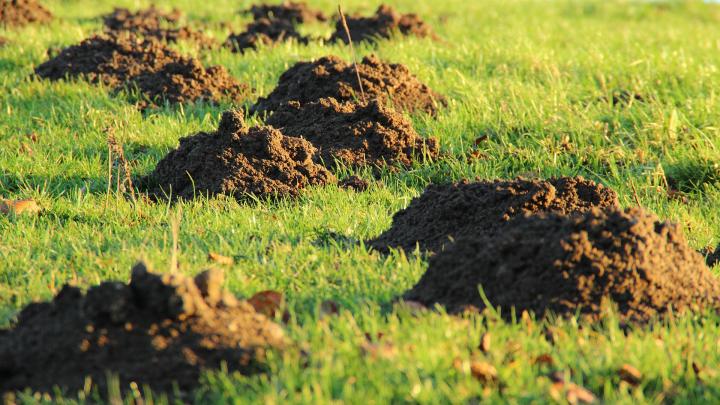 How to Get Rid of Moles 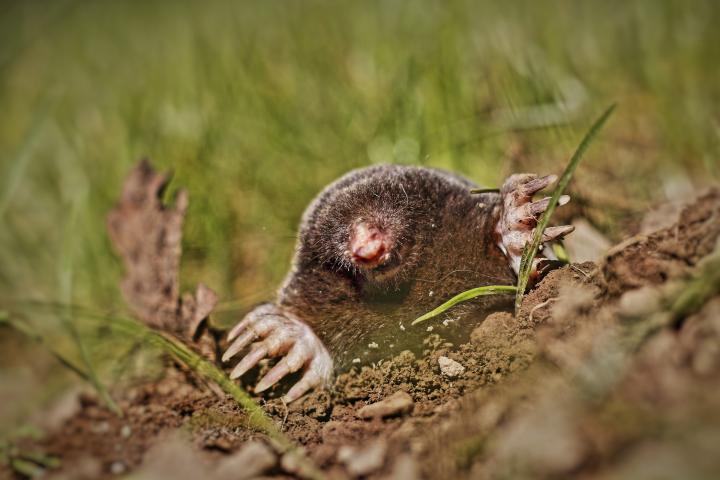 Learn more about moles and what they do in your yard. Do you have comments or questions about moles? Let us know below!